By Anonymous User on July 28, 2015 in Example Models, Projects

Robert Dollar 2-6-2T No. 3 is a locomotive that I’ve grown to like quite a lot.  I’ve photographed the real thing running on the Niles Canyon Railway many times.  I’ve even been able to take video while riding on the locomotive.

I was really surprised when I discovered that Oriental Limited had at one time produced an HO scale model of this locomotive.  It is a bit obscure.  Apparently they only made 200 of them.  I was lucky enough to be able to buy one of these a few years ago.

The model is of the locomotive when it was a wood burner working for the Woodward Lumber Company.  The real locomotive was converted to burn oil at some point.  Robert Dollar No. 3 is still in that configuration today. 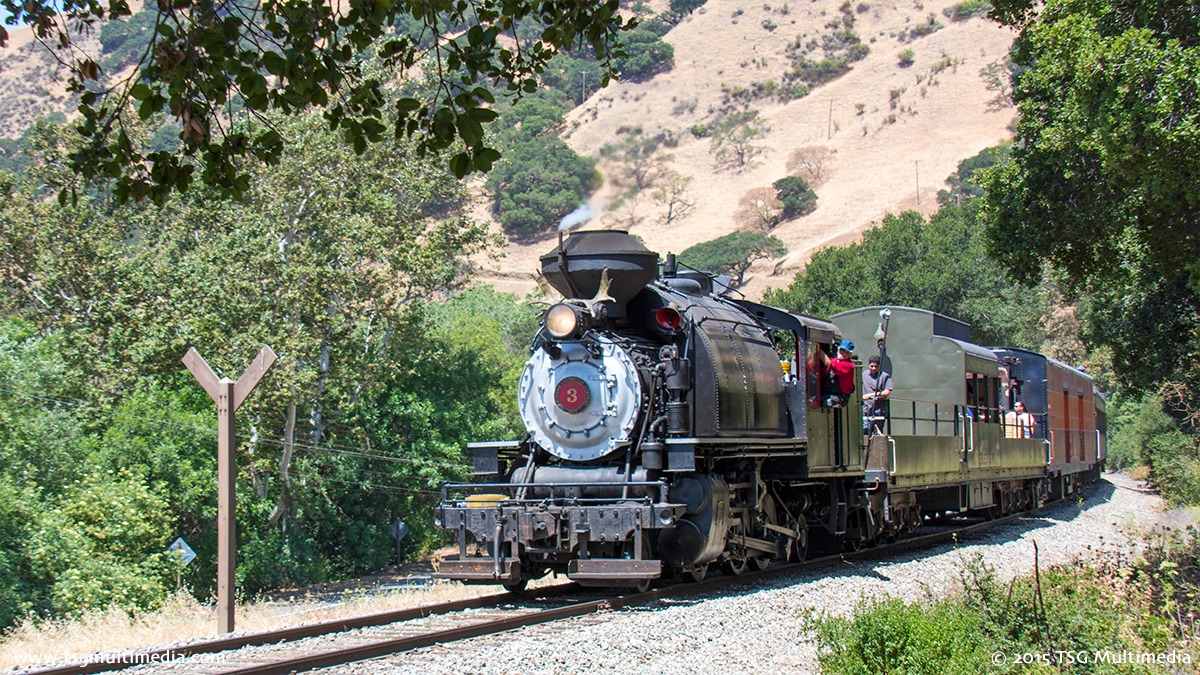 My model is currently not running.  It came to me with a bad motor and a gearbox with cracked gears.  The good thing is that the mechanism itself is very smooth.  The drivers turn without binding.  When I replace the gearbox I will likely have to re-quarter the drivers.  Hopefully I’ll be able to do that without too much difficulty.

I’m still not decided on how to go about reworking the fuel bunker.  I have two choices.  I can modify the existing part or I can make a new one.  Right now I’m leaning toward fabricating a new part.  I will most likely use styrene because I have no idea how to work on brass.  I don’t really care if my model of Robert Dollar No. 3 remains all brass.  I am more interested in accuracy and styrene is the only way I will be able to do it.

I also want to put a working coupler on the front.  I want to actually run this model but I’ll probably never have a layout.

One good thing is that I have plenty of reference photos of this locomotive.  When I get around to finishing it, I will equip it with LED lights and a DCC sound system.