By Anonymous User on August 10, 2015 in Example Models, Projects

My HO scale Katy Airslide covered hopper was built from an old Walthers kit.  These cars were good for their time, but they don’t really look as good as some more detailed modern rolling stock.

In stock form the cars have an overly thick plastic roofwalk.  The stirrup steps are too thick.  The crossover platforms are chunky.  There are no uncoupling levers or brake hoses.  They have cast-on grab irons.

My Katy Airslide was a pre-painted model.  I decided to leave the cast-on grab irons and ladders.  Changing those would require some major surgery to the car.  The paint would need a lot of touching up at the very least.  In all likelihood I’d end up having to repaint the whole thing. 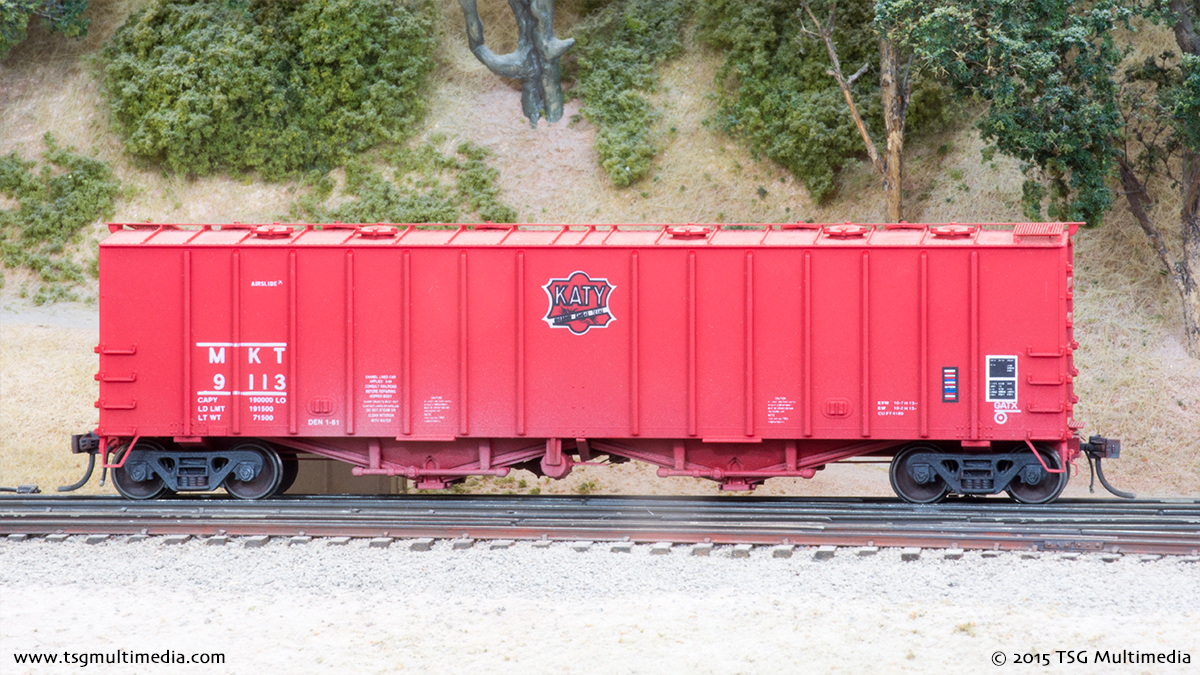 Instead I decided to leave that and make other changes.  I started by adding Kadee scale couplers.  I substituted Reboxx semi-finescale (.088 tread) metal wheels for the plastic wheels that came with the kit.

Once the car was rolling I tuned my attention to details.  I filed the factory stirrup steps down to a thinner profile.  This is a delicate job.  The thinner the plastic stirrups get, the more they’re prone to breakage.

I removed the original plastic roofwalk and replaced it with a photo-etched part from Plano.  Freestanding grab irons were installed on the corners of the roofwalk.  I also added photo-etched crossover platforms in place of the original clunky plastic parts. 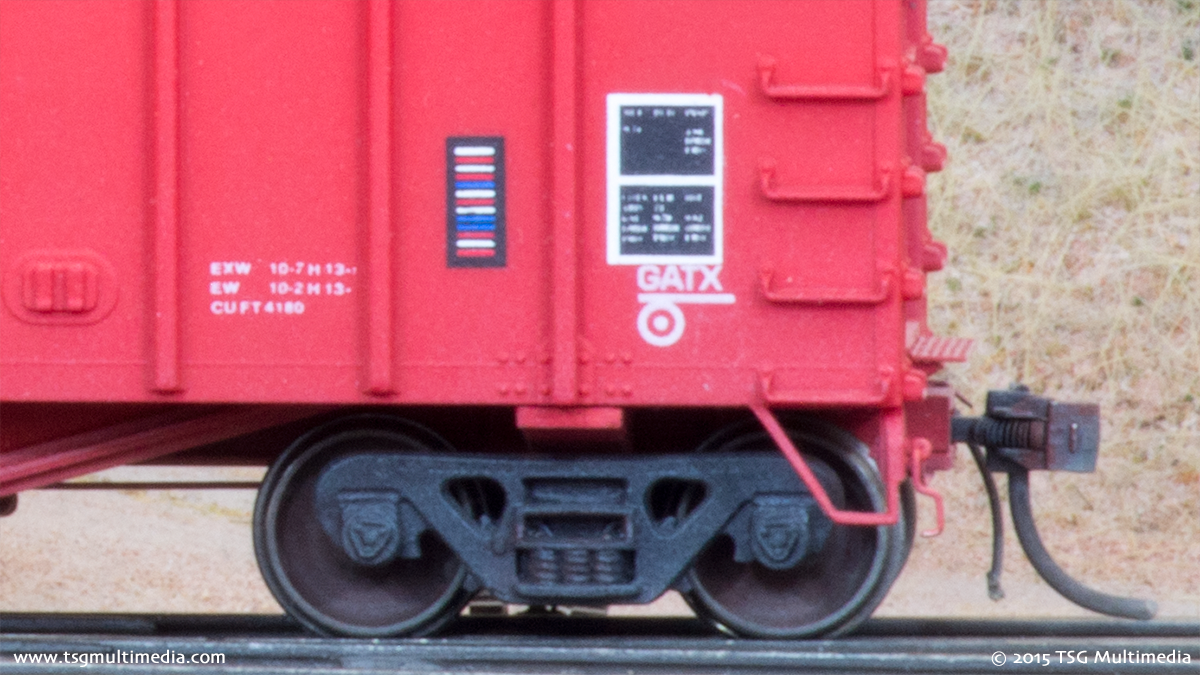 On the ends of the car I added uncoupling levers and brake hoses.  I did some work on the underside, too.  I added some brake plumbing with brass wire and painted it red to match the car body.  My goal was not to make 100% accurate brake rigging.  I wanted to make the car look better while it was rolling down the track.

I used some Microscale decals to add COTS stencils and ACI labels.  I positioned these using photos of prototype Katy airslide hoppers as a guide.  I gave the car some light weathering using an airbrush and powders.  In the future I may dirty it up some more.

These simple improvements make the car look much better when coupled to more detailed models.