By Anonymous User on August 13, 2015 in Example Models, Projects

This Kato BN SD40 is one of the models featured in our HO Weathering & Detailing Volume 3 program.  It was also the only model in that program that didn’t belong to me personally.  It was loaned to me by my friend Rob Carpenter.  Rob was a fellow modeler and train enthusiast.  He had a fondness for the Burlington Northern.  In 2015 he passed away unexpectedly.  The model came back into my possession and is now a very special part of my fleet. 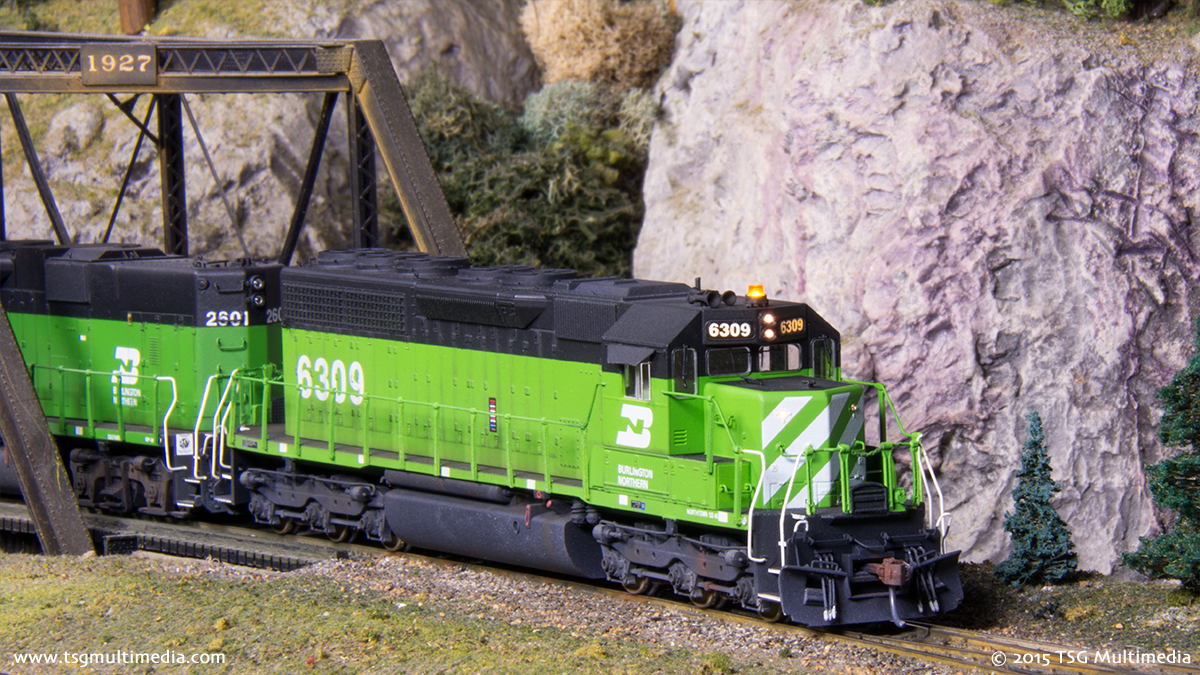 The model was originally painted in Burlington Northern colors.  It was numbered as one of the ex-Colorado & Southern units that had a different style of trucks on them.  Trying to change the trucks would have been a major job.  Rob was not attached to the original number so I decided instead to renumber the unit.  BN SD40 6309 had trucks that matched those on the Kato model.

I used Cannon fans on the roof.  I kept the stock cab and short hood.  I filled in the brake recess in the nose and sanded the area smooth.  I added a new Cannon rear mounted brake wheel to match the prototype.  I replaced the original handrails with new ones made from brass wire and Precision Scale stanchions. 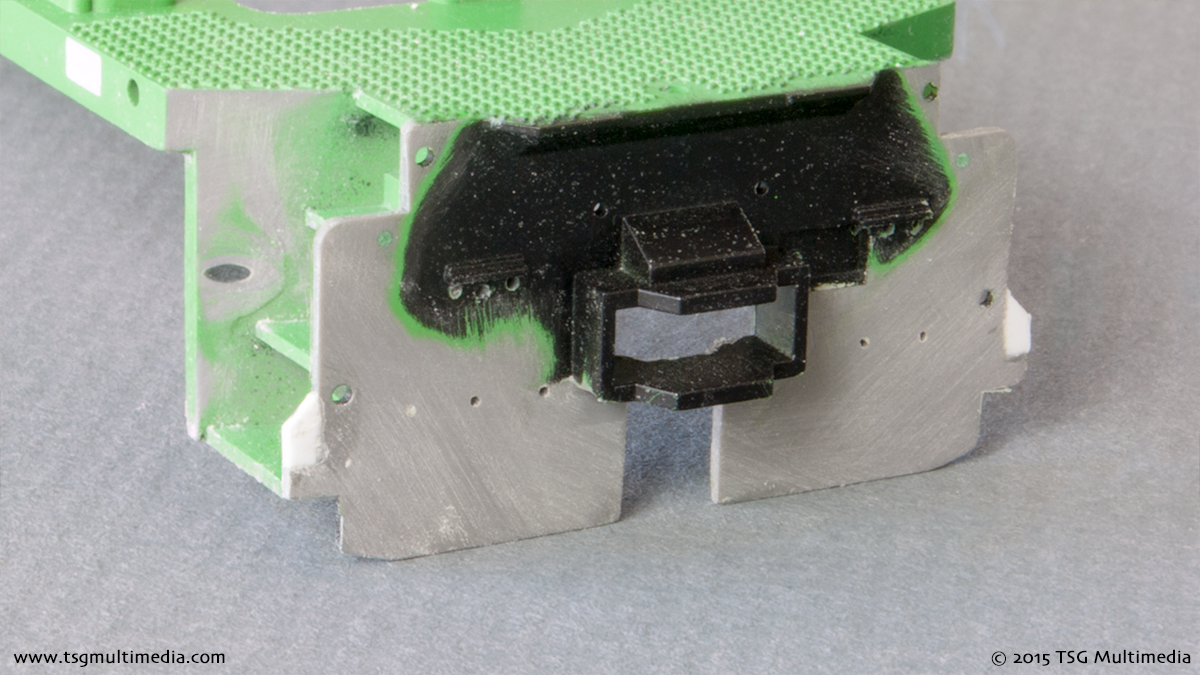 I spent a lot of time detailing the pilots.  The footboards were removed and the area was sanded smooth.  I notched the corners behind the uncoupling lever handles.  I drilled new holes for nut-bolt-washer castings and other details.  To reshape the pilot I added small trapezoidal pieces of sheet plastic near the bottom step on both sides.  Eventually I also cut back the coupler mount (not shown in the above photo).  The pilots were detailed with new uncoupling levers made from brass wire and Detail Associates brackets and MU hoses.  The rear pilot got a new box beam and spare knuckle holders.  I used a Details West plow on the front. 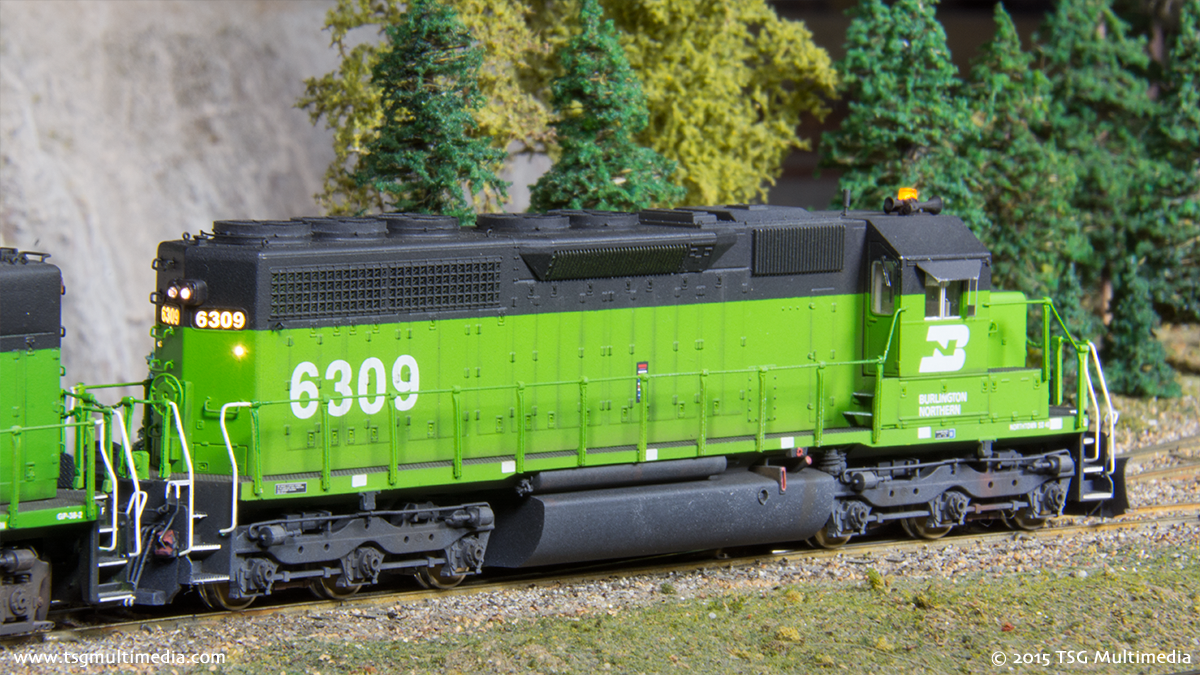 With so many modifications I decided it would be easier to repaint the model rather than try to touch up the factory paint.  The model was painted with Scalecoat BN green and black.  It’s a simple paint job but I took my time masking the separation line between the green and the black so that it would be straight and level. 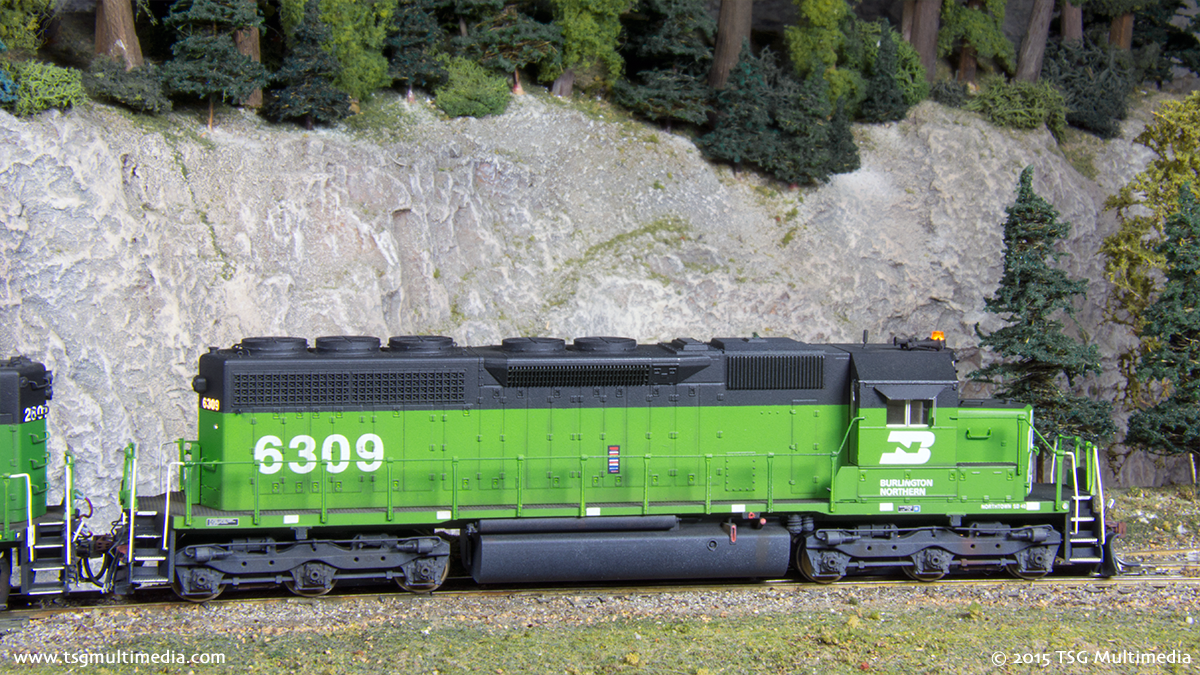 I used Microscale decals to decorate Rob’s model of BN SD40 6309.  I used photos of the real 6309 as a guide.  One of the reasons I chose that particular engine was that there were a lot of photos of it on the internet. 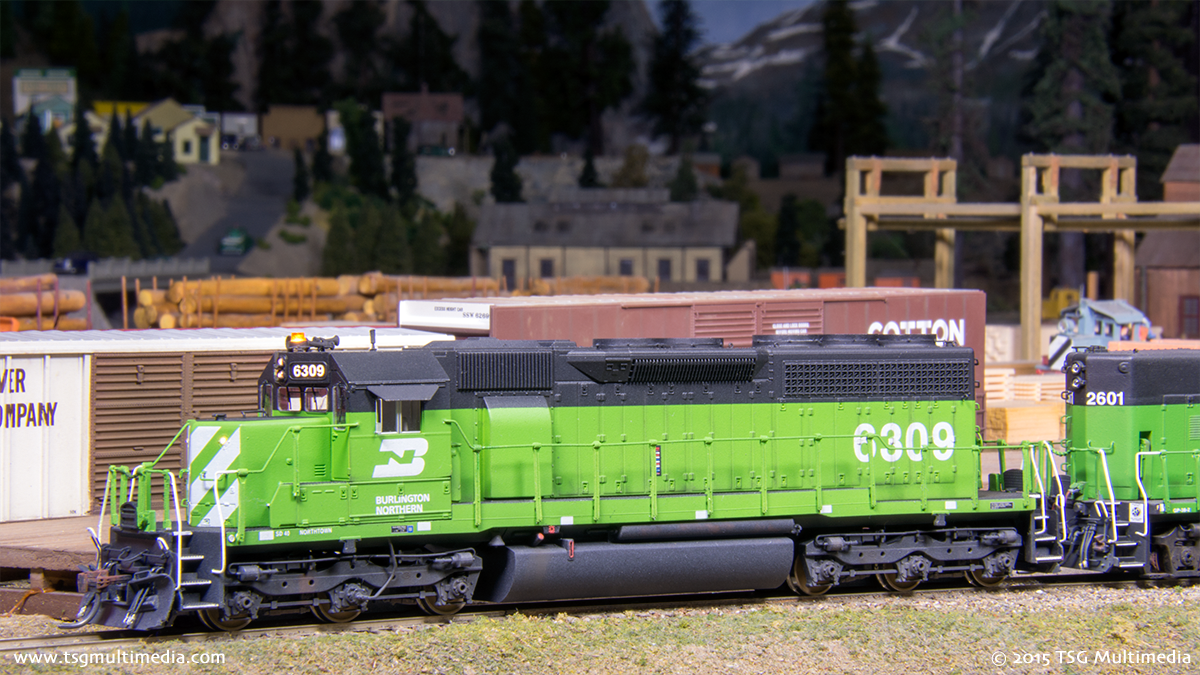 The model is equipped with a LokSound Select DCC sound decoder.  All the lights are either 3mm or 603 surface-mount LEDs.

Rob was pleased with the model when I gave it back to him.  I think that this 1980 vintage SD40 looks just fine running with my 1990s era diesels.