By Anonymous User on August 22, 2015 in Example Models, Projects

This Key Imports HO scale model of ATSF 2-6-2 1010 is a work in progress.  So far I haven’t done anything to it because I don’t know anything about working on brass models.  I only have a few brass steam engines since my primary modeling interest is the 1990s.

Many of the steam engine models that I do have represent real locomotives that have been preserved.  Santa Fe 1010 is one of those.  The locomotive currently resides at the California State Railroad Museum in Sacramento.  Unfortunately as of this writing it is not on public display.

ATSF 2-6-2 1010 has a colorful history.  In 1905 it was one of the engines that pulled the Death Valley Scotty Special.  This was a train that ran 2265 miles from Los Angeles to Chicago in a little under 45 hours.  The 1010 pulled the train between Needles, California and Seligman, Arizona.

The locomotive was built as a Vauclain compound by Baldwin in 1901.  Later in 1923 it was converted to a conventional single expansion locomotive.  1010 escaped the scrappers torch and was preserved.  The engine is an oil burner but at one point was given a false coal load atop the oil bunker.  Sometime in the late 1950s it was also painted bright red for a time. 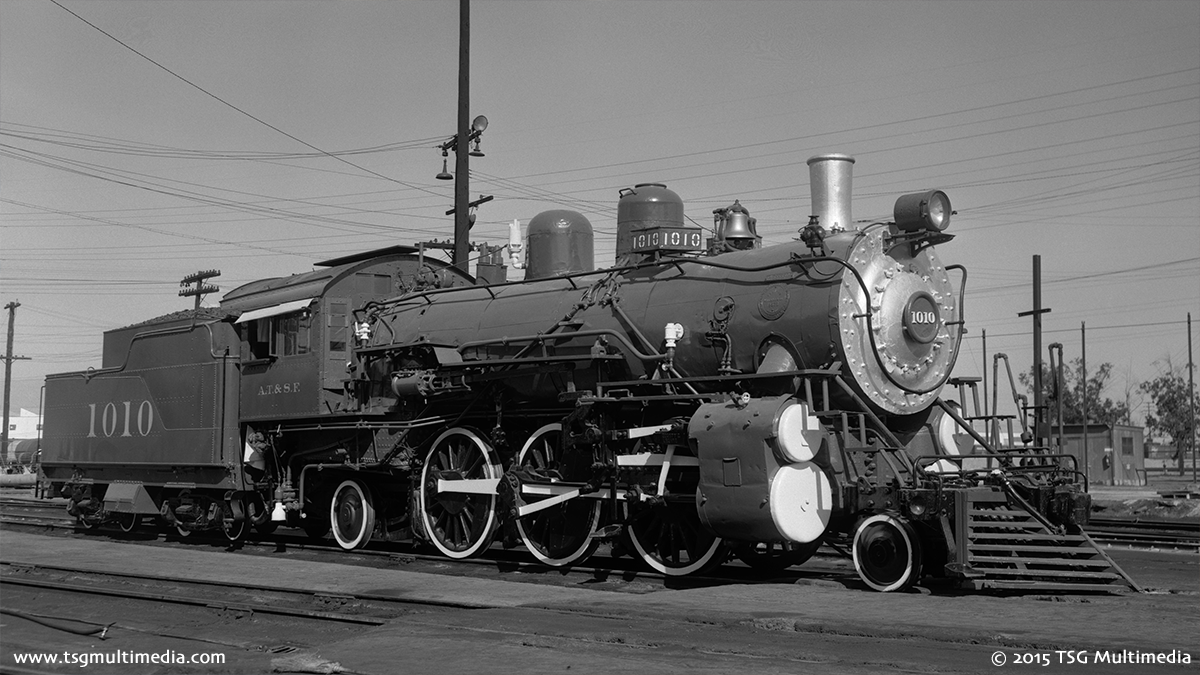 ATSF 2-6-2 1010 was not operating in the 1990s so far as I’m aware.  Still, if things had worked out a little differently it could have been and that’s a good enough excuse for me to want a model of it.  I can always operate it as an excursion engine if I ever build a layout.

According to a sticker on the box my model of ATSF 2-6-2 1010 was produced in 1977.  It’s a good quality model with sprung drivers and backhead detail.  The box foam was even in good shape with I got it.

This model will need some work to be a good representation of 1010.  Some cosmetic details need to be changed.  The biggest challenge is the oil fuel bunker.  On the model the bunker is longer than on the real 1010 (though the tender appears to be correct for some other ATSF 2-6-2s).  Unfortunately it has been surprisingly difficult to find good reference photos of the real engine despite its having been preserved.

The other problem is that the model doesn’t run.  I suspect a bad motor.  The valve gear is also out of kilter.  The drivers can’t rotate fully right now because some of the rods get jammed.  That’s going to take some tinkering to fix.  Eventually I’d like to paint the model and equip it with a DCC sound decoder.