By Anonymous User on December 24, 2014 in Example Models, Projects

The Proto 2000 GP38-2s are very nice running models.  I have built several of them, but this project was probably the most involved.  I used part of an Atlas GP9 shell to make the new front section.  After carefully studying photos I determined that the new front end on the real locomotive appeared to have come from the rear of a GP9.  I did the same thing on my model. 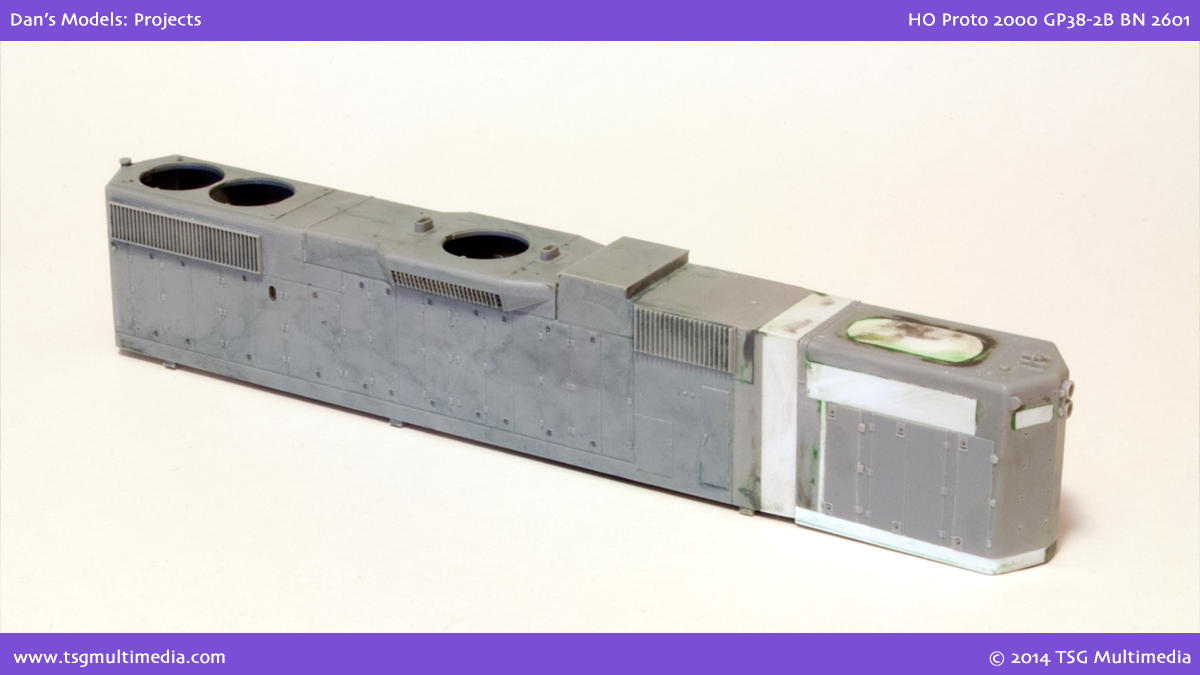 The transplant was not straightforward.  I had to do quite a bit of surgery to the new front end.  I had to fabricate a splice between the original GP38-2 long hood and the new nose section from sheet styrene.  I used more sheet styrene to fill the areas where the radiator screens and fans had been.  I had to fill in the number boards.  The GP9 hood was also too short.  I made a new bottom section from sheet styrene to raise the height of the new section.  The real thing has a similar extension on the bottom.  I cut apart and transplanted hood doors from the GP9 shell to reproduce the doors seen on the prototype. 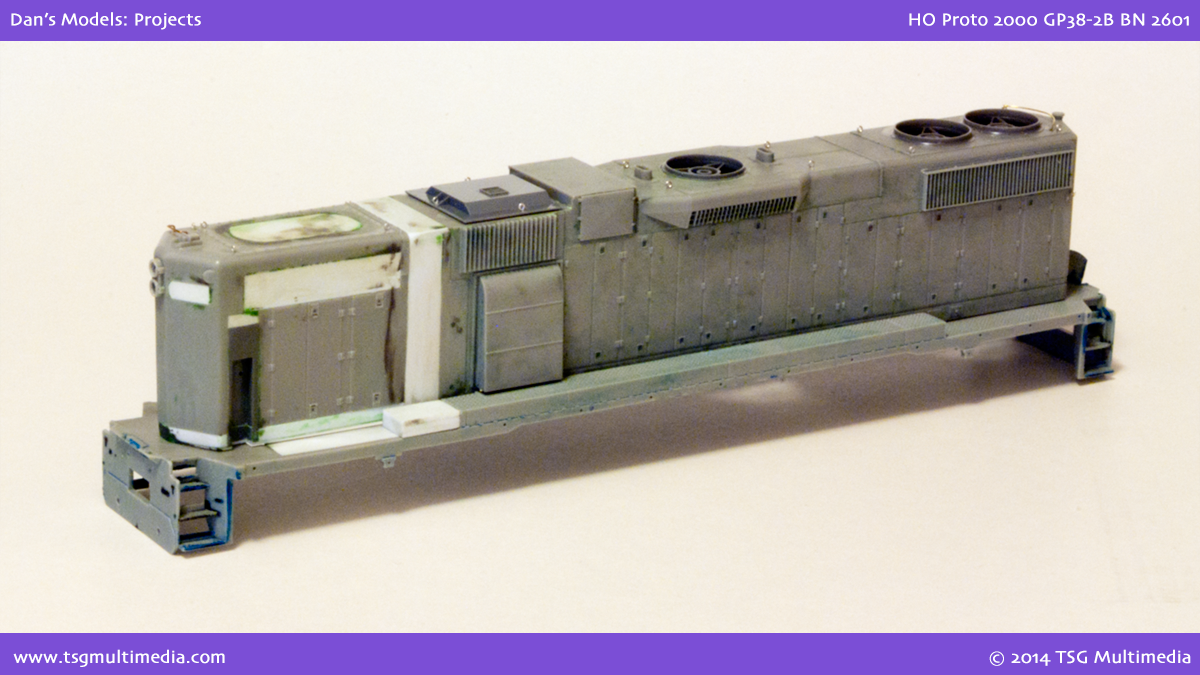 I cut a ratchet brake recess from surplus Cannon short hood kit and grafted that into the model.  This also had to be extended so the height worked out right.  The sill needed to be modified as well.  I filled the area where the cab would normally sit with sheet styrene.  I also extended the blower duct to match my prototype photos of BN GP38-2B 2601.  I had to do a lot of puttying and sanding to get rid of all the seams.

Proto 2000 GP38-2s have a large weight inside the shell.  I had to trim the weight down in the cab area so that it would be narrow enough to fit.  I fabricated new handrails for the sides of the model from Precision Scale brass stanchions and brass wire.

I used an inertial filter hatch and fans from Cannon on the roof.  The air reservoirs above the fuel tank are from Details West.  I also added brake lines to the trucks.  Numerous other details like lift rings, MU hoses, and grab irons completed the shell.

I painted my model of BN GP38-2B 2601 with Scalecoat BN green and black.  The decals are from Microscale.  The markings of the real locomotive were subtly altered over time.  My model represents BN GP38-2B 2601 as it appeared in the mid-1990s.

The model has a LokPilot (non-sound) DCC Decoder from ESU Loksound.  I usually put sound in my locomotives but since this is a B unit I didn’t think it was necessary.  B units always run with another locomotive.  The headlight and reverse light are 3mm LEDs mounted inside the model.  They shine through fiber optic strands with lenses melted onto the ends.