This car has been in my collection for years, and it was a good example of an older car that wasn’t up to the standards of more modern cars.  I included it to show how even an old car like this can be significantly improved with weathering and detailing, and because it was a good match for a prototype car that I had photographed in 2008.  Athearn has since re-released this car with improved details. 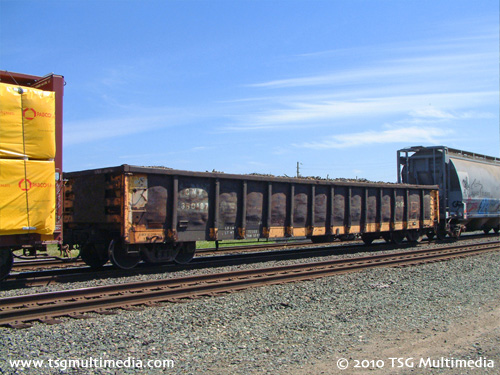 The above is a photo of the full-sized CNW 350187 taken in Stockton, California during the filming of A Day at Stockton.