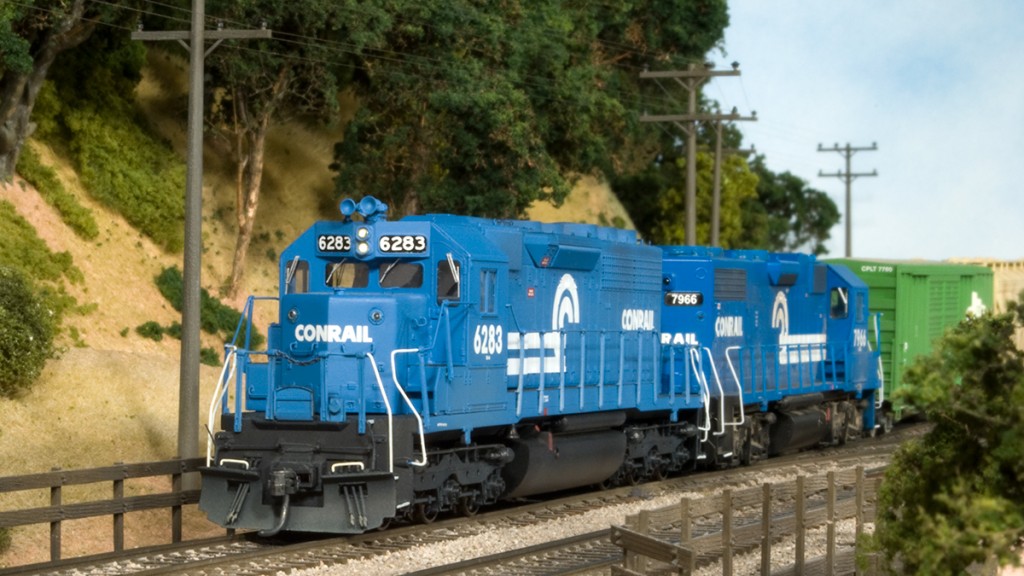 Having lived on the west coast my entire life, seeing a Conrail unit was a rare treat.  I photographed SD40 6283 in Truckee, California in 1993.  I knew I wanted to make a model of it, and it only took me 15 years to get around to finishing it! The model started out as an older Kato SD40 that I bought off eBay.  On the DVD I show how I installed a Digitrax decoder, including wiring up custom LED headlights and marker lights that use fiber-optic lenses.

The model was modified with a Cannon cab and nose.  You might notice that in the work-in-progress photos, the cab base is yellow.  That’s because I destroyed the original cab base with paint stripper.

Tip: do not use chemical paint strippers of any type on Kato shells.  Use a hobby sandblaster to strip paint, or buy an undecorated shell.  I learned this one the hard way.  The long hood became somewhat brittle from the paint stripper and actually has a couple of hairline cracks that I was thankfully able to glue back together with liquid cement.  So far the model has held up well, though I try not to handle it any more than necessary. 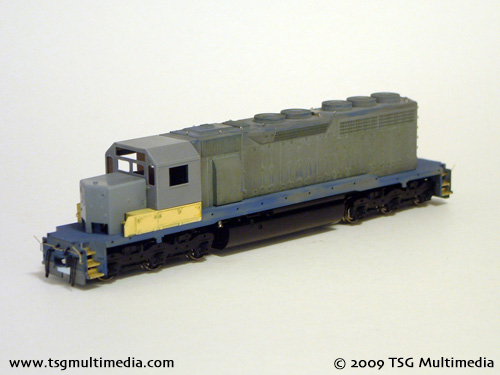 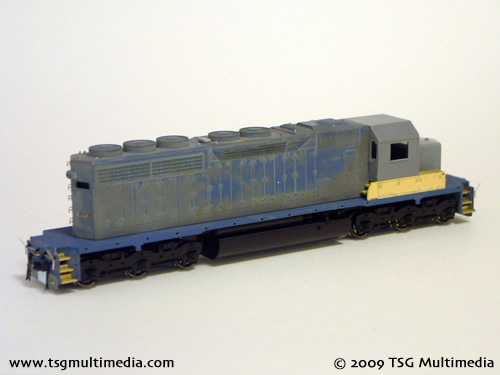 This locomotive is proof that even an older Kato can still be a great model.  The drive is smooth and nearly silent.  The tooling of the shell holds up well even by today’s standards.  The stock model is a little light on detail, but that’s a relatively easy problem to correct.  My biggest complaint about early Katos are the handrails, which are oversized and made of some type of plastic that won’t hold paint for any length of time.  As described above, I made new handrails from brass wire and stanchions.

Even though Conrail units tend to be fairly stock-looking in photos, I had to make quite a few modifications to the shell to produce a reasonably authentic copy of CR 6283.  I did not do anything to the drive aside from installing the decoder.

The DH165A0 runs the locomotive well, giving good smooth overall performance.  If you look on the Digitrax website you might notice that the DH165A0 is listed as being made for Athearn locomotives.  The DH165K0 is the Kato version, though they are really the same board, except that the Kato has some wire extensions soldered to it designed to mate with the clips on the wire leads from the trucks.  You don’t need these if you solder your connections, however, and the DH165A0 can usually be had a little cheaper for some reason.